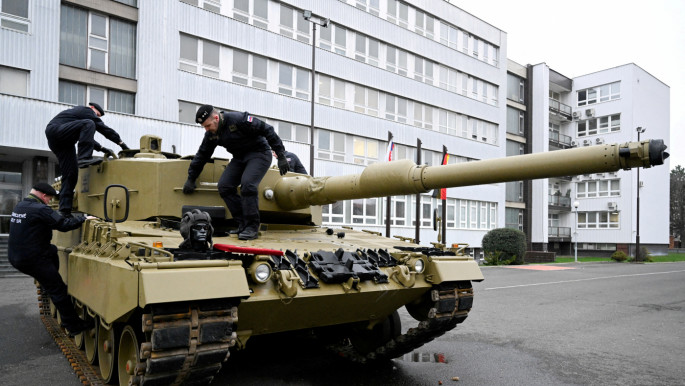 Intl desk, Jan 25: Germany said on Wednesday it would supply its Leopard 2 tanks to Ukraine, overcoming misgivings about sending heavy weaponry that Kyiv sees as crucial to defeat Russia’s invasion but Moscow casts as a dangerous provocation. 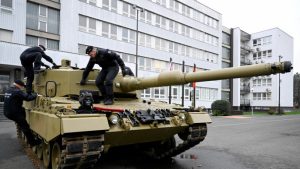 Pressure has been building for weeks on German Chancellor Olaf Scholz’s government to send the tanks and allow NATO allies to do the same before expected spring offensives by both sides.

Scholz’s government had stalled, wary of moves that could prompt Russia to escalate the war or draw NATO into becoming a party to the conflict.

Germany’s decision paves the way for other countries such as Poland, Spain, Finland, the Netherlands and Norway to supply some of their Leopard tanks to Ukraine, going some way towards delivering the hundreds of tanks that Ukraine says it needs.

“Germany will always be at the forefront when it comes to supporting Ukraine,” Scholz told German parliament to applause. “…because there really is a war in Europe – not far from here in Berlin it is taking place against a big country like Ukraine.”

Germany must do everything possible “but at the same time we must prevent the war from escalating into a war between Russia and NATO,” he said.

Hoping to allay concerns about sending the weapons, Scholz asked Germans to trust his government to ensure there was no increased risk to their country and to coordinate steps with allies.

A battalion normally comprises three or four companies with around 14 tanks each. Poland has also pledged 14 tanks and Britain has promised 14 of its own Challengers.

Training of Ukrainian troops in Germany will begin soon, and Germany will also provide logistics and ammunition. Germany said it would also issue the appropriate transfer permits to partner countries that want to deliver Leopard 2 tanks quickly from their own stocks.

Russia has portrayed deliveries of heavy weapons to Ukraine as proof that the West is escalating the war.

The Russian embassy to Berlin accused Germany of making an “extremely dangerous decision” and abandoning its “historical responsibility to Russia” arising from Nazi crimes in World War Two. The embassy said the tank deliveries would escalate the conflict to a new level and lead to “permanent escalation”.

The Leopards, used by armies across Europe, are widely seen as the best option for Ukraine as they are available in large numbers and relatively easy to deploy and maintain.

Washington may also drop its opposition to sending perhaps dozens of its M1 Abrams tanks to Kyiv. The Abrams is seen as less suitable for Ukraine due to its heavy fuel consumption and greater maintenance needs, but such a move could ease German concerns about presenting a united front among Ukraine’s allies.

Asked whether France would send Leclerc tanks, a French government official said there was “no taboo” on such tanks but France was keen to be “efficient” and was studying the option independently of what Berlin and Washington were doing.

Kyiv has pleaded for months for Western tanks, which it says will give its forces the firepower and mobility to break through Russian defensive lines and recapture occupied territory.