Home Politics BNP to destabilize country ahead of next general elections: Quader
Politics

BNP to destabilize country ahead of next general elections: Quader 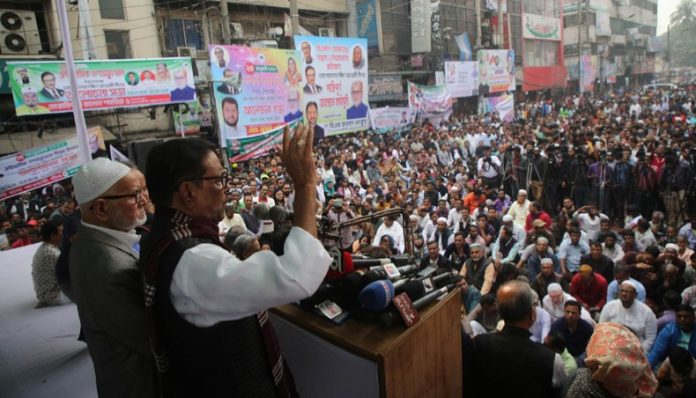 Dhaka, Jan 25: Ruling Awami League general secretary Obaidul Quader on Wednesday said that the main opposition Bangladesh Nationalist Party would try to destabilise the country ahead of the next general elections. 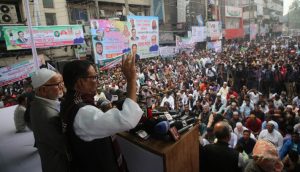 ‘Their movements with like-minded parties will bring nothing as they have lost people’s trust,’ Quader said while addressing a rally in front of the party’s central office on Bangabandhu Avenue as the chief guest.

Marking Mass Upsurge Day, which was on Tuesday, the Dhaka South unit of the AL organised the rally. AL central committee members attended the rally.

AL joint general secretaries Mahbubul Alam Hanif said that the BNP was trying to foil the next national elections.

‘BNP is trying to create a situation to ruin the next general elections, but the activists of Awami League would remain on the streets to resist them,’ Hanif said.

‘Extremism is rising under BNP’s patronisation, and we need to be alert to protect the people,’ Qamrul said.

Besides, the Dhaka AL North unit organised a warm cloth distribution programme at the capital’s Banani area, where Obaidul Quader was the chief guest.

The student wing of the AL also organised a rally at Shahbagh.

The set of programmes is Awami League’s fifth endeavor to counter BNP’s protests, as BNP held rallies in Dhaka and elsewhere in the country with like-minded parties to mark ‘Democracy Killing Day’.

Subsequently, the ruling party threw political activities to counter BNP and other party-led protests — on December 30, 2022 rally, January 11 and 16 sit-ins.

The oppositions were protesting pressing 10-point demands, including the government’s resignation and holding the next general elections under a neutral caretaker government.

The demands also include abolishing the current ‘unelected illegal’ parliament, forming an impartial election-time government and setting up a new Election Commission, among others.