Home Politics Patrons of militancy must be resisted: Quader
Politics

Patrons of militancy must be resisted: Quader 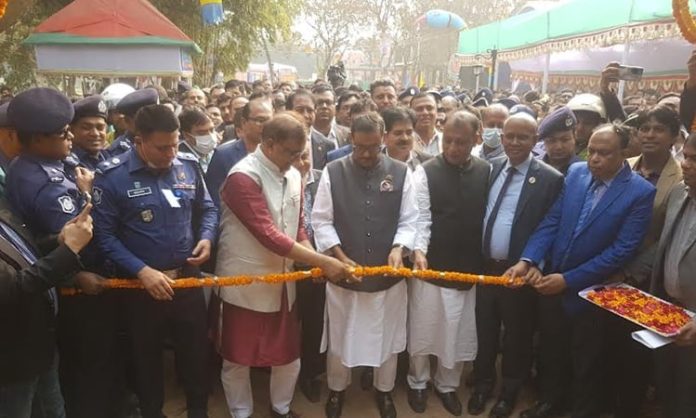 Narayanganj, Jan 18: Awami League General Secretary Obaidul Quader on Wednesday said the wild clutch of the patrons of militancy is becoming visible in the country and they must be resisted at any cost. 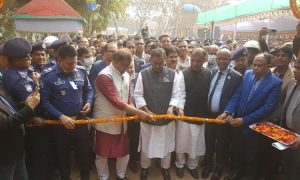 “There is a deep conspiracy going on in the country. Our country is once again affected by the bites of communalism. A vested quarter has started creating chaos in this country through militancy,” he told the opening ceremony of a month-long folk and craft fair and folk festival at Sonargaon in Narayanganj.

Under their patronage, the ferocious clutch of the patrons of militancy is becoming visible in the country, he said, adding that politics along with culture has a responsibility to this end.

Quader, also the road transport and bridges minister, said that militancy is the eternal enemy of culture and they are the anti-liberation forces.

“They do not belong to Bangladesh in their hearts. But Sonargaon was once the capital of ancient Bengal. We need not to make Sonargaon Museum a smart one as various history and traditions are related to it,” he said.

The AL general secretary said BNP leaders know that they will not be defeated if an election is held and that is why they have left the field.

After falling sick, BNP secretary general Mirza Fakhrul Islam Alamgir has admitted to hospital, he said, questioning “Isn’t this sickness a political illness? Why was he suddenly admitted to hospital after announcing a movement programme? Mr Fakhrul has fallen sick after doing ill politics”.

Quader said the AL is in power and it wants peace but the BNP is provoking in the name of the movement. “Stop this provocation; otherwise the people of the country will resist you”.

Noting that Prime Minister Sheikh Hasina inaugurated 100 bridges simultaneously in a day, he said BNP men removed the plaque of an inauguration ceremony in Narsingdi through vandalism and they were inciting sabotage.

If the security of commoners’ lives and properties is hampered due to any violent movement in this country, it is the responsibility of the ruling AL government to stay alert to protect the people’s lives, the AL general secretary said.

“We are not announcing any counter-programme against BNP. We are holding peaceful rallies. But, they are instigating violence and vandalism. They are carrying out attacks on police. We have to give a befitting reply to their attacks, vandalism and violence,” he said.

As they (BNP) could not have done anything, Quader said, now their hearts have started burning after seeing the development work of Prime Minister Sheikh Hasina’s government.

Terming Sonargaon a deposit of culture, he said the ancient treasures of Sonargaon must be preserved as the beauty of Panam City attracts all.

If the authorities give proper attention to these issues in Sonargaon, the aim of the Bangladesh Folk Art and Crafts Foundation, which was established by Father of the Nation Sheikh Mujibur Rahman and Shilpacharya Zainul Abedin will be worthwhile.