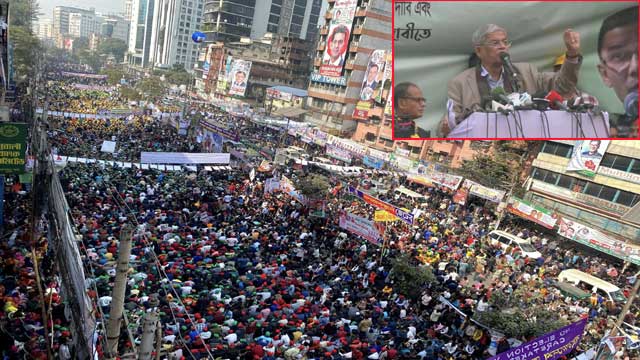 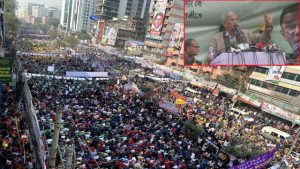 BNP Secretary General Mirza Fakhrul Islam Alamgir announced the programmes from their party’s sit-in programme at Naya Paltan in the capital on Wednesday.

He said that the programme would be observed in all metropolitan cities, districts towns, upazilas and municipality headquarters.

BNP and other opposition political parties, alliances and organisations arranged sit-ins on Wednesday in Dhaka and other divisions in the county as part of the simultaneous movement against the current government.

The programme in Dhaka began at 10:00am and ended at 2:00pm with the speech of Mirza Fakhrul.

BNP arranged the four-hour programme to realise their 10-point demand, including holding the next polls under a non-party neutral government.

It is the second programme of the simultaneous movement after the mass procession by the 33 opposition parties on December 30, 2022.

BNP leaders said the programme was worked out for January 11 keeping in mind the political changeover that took place on that day in 2007 – an episode popularly known as ‘1/11’ in the country.

On December 30, 2022, BNP and 32 other like-minded opposition parties staged a mass procession programme in different parts of the capital and Rangpur city as the first programme of the simultaneous movement.