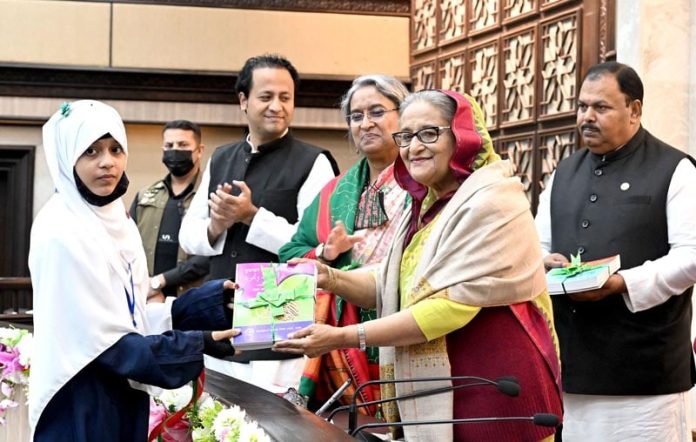 Dhaka, Dec 31: Prime minister Sheikh Hasina on Saturday formally inaugurated the free textbook distribution programme for the academic year 2023 as the “National Textbook Festival” is set to be celebrated across the country on January 1. 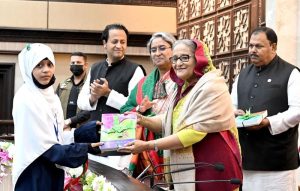 She formally opened the free textbook distribution programme by handing over books to students of primary and secondary levels at a function at the Prime Minister’s Office (PMO) here this morning.

Speaking on the function, the premier said that she is very happy for distributing the textbooks among the students.

According to National Curriculum and Textbook Board (NCTB), as many as 33 crore 91 lakh 12 thousand and 300 textbooks are expected to be distributed at primary and secondary levels across the country.

The government has printed these textbooks by maintaining proper standard for pre-primary, primary, secondary, Ebtedayee and SSC level students and all students will get textbooks for free on the first day of the New Year.

Bangladesh has set a rare example in the world through distribution of free textbooks among a large number of students on the first day of January.

Referring to the government’s decision to distribute free textbooks, academicians said this initiative has reduced the rate of school dropouts and increased the number of students at primary and secondary levels.

They described the initiative of free textbook distribution as a “milestone” in the education sector as it encouraged students to continue their studies.

The present government started distributing free textbooks from 2010 academic year and so far distributed a total of 434,45,80,211 textbooks.