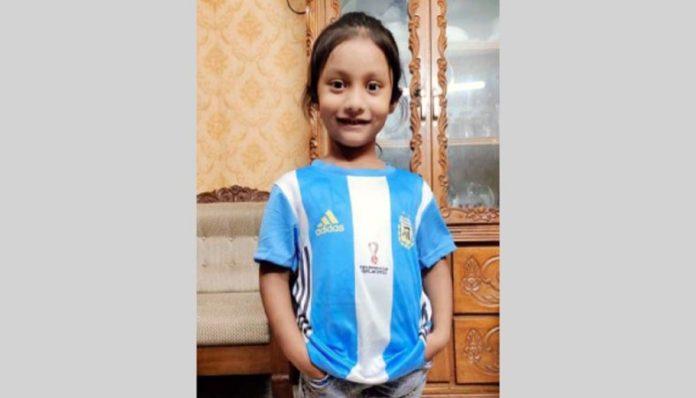 Chattogram, Nov 30: Police Bureau of Investigation on Wednesday recovered remains of five-year-old Ayat, who was kidnaped and murdered in Chattogram, from a canal in the city. 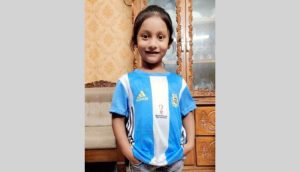 The remains were fished from a canal along the sea on Akmal Ali Road in the city after conducting a drive for the sixth day on Wednesday noon, said PBI superintendent of PBI Chattogram Metropolitan Police Naima Sultana.

‘Details will be shared later,’ she added.

Illias Khan, PBI inspector in Chattogram, said that Abir Ali, an ex-tenant of the victim’s family, kidnapped the girl on November 15 for ransom on her way to a mosque where she used to learn Arabic at Bandartila area in Chattogram.

Ali strangled the girl to death and later he chopped her into six pieces after taking to a residence on Akmal Ali Road in the city. He subsequently dumped the body wrapped in two bags on a beach in the city’s Kattali area, the PBI officer said.

The victim’s father, Sohel Rana, lodged a general diary at the local police station after she went missing, police said.

Abir was put on another seven-day remand on Monday on completion of his two-day remand.

Abir’s parents van puller Azharul Islam and his wife Aleya Begum were placed on a on a three-day remand on Tuesday.

Dhaka, Jan 29: Prime minister and Awami League president Sheikh Hasina on Sunday called upon the countrymen to vote the party to build a...
Read more
Home

Dhaka, Jan 23: The holy Shab-e-Meraj will be observed in Bangladesh on the night of February 18. The National Moon Sighting Committee took the decision...
Read more