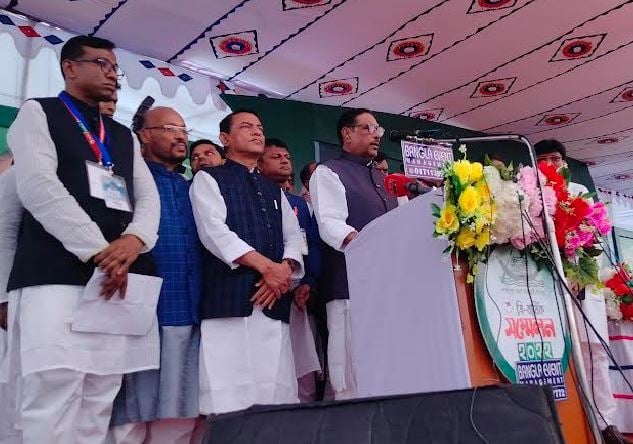 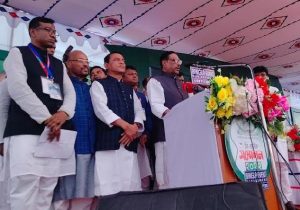 “The BNP blamed the Awami League over the escape of militants from the court premises in Dhaka. But BNP is the sponsor of militancy. Shaykh Abdur Rahman and Bangla Bhai had emerged during the BNP regime,” he said.

Quader, also the road transport and bridges minister, was speaking at the triennial conference of Lakshmipur Zilla AL on district stadium ground here.

He warned that there will be a game against BNP in December, the month of independence, while a game will also be played against falsehood and those who kept money in Swiss banks.

The AL general secretary said the global economic recession is going on. Foreign reserve capable of meeting demands of three months is enough to overcome the crisis, but Bangladesh has the foreign reserve for six months.

The BNP is capitalising on it and creating anarchy in the name of movement, he said, urging the country’s people to keep trust in Prime Minister Sheikh Hasina and the AL.

Blaming that the BNP is now busy in carrying out propaganda against the government, Quader said once the party stated that the AL government would not be able to complete the Padma Bridge project but the government has already accomplished many mega projects, including this one.

Chattogram, Nov 30: Police Bureau of Investigation on Wednesday recovered remains of five-year-old Ayat, who was kidnaped and murdered in Chattogram, from a canal...
Read more
Politics

If BNP resorts to anarchy, it will be handled strictly: Quader

Allow us to hold 10 Dec rally at Nayapaltan: Fakhrul