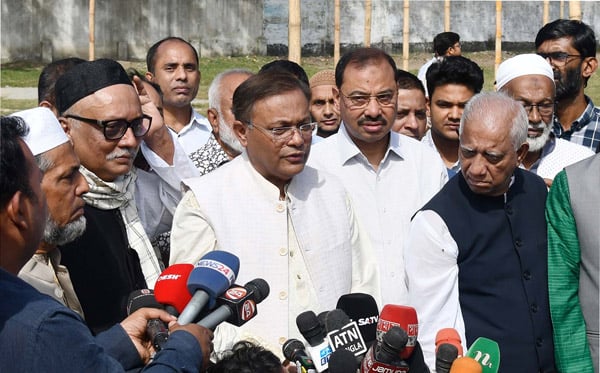 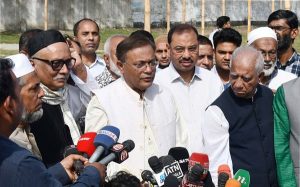 `Buses-trucks were burnt by BNP in 2013-14 and 2015. They attacked buses and trucks and public property. That is why the transport owners and workers call strike. So it has nothing to do with the government,’ Hasan, also joint Secretary of Awami League (AL), said.

Dr Hasan said there are leaders of BNP, Jatiya Party, Jasad, Basad and Awami League in the transport owners-workers organaizations.

`All transport owners and workers associations are together. They make decisions for their own reasons,` Dr Hasan said these while visiting the field of historical pologround in Chattogram, in response to journalists  on Saturday.

Prime Minister Sheikh Hasina will address the public meeting which will be organized by AL at the polo ground on December 4 next as the chief guest.

The information minister hoped that, Inshallah millions of people will gather in the public meeting in Chattogram.

`As you know, BNP held a rally here a few days ago. One-third of the field was excluded and had a stage. Of the remaining two halves, half was empty. People were not as much as they demanded,’ the minister said.

He said that there is a community hall in the corner of the pologround where variety shows were used to be held earlier.

In response to the questions of  journalists over  Mirza Fakhrul’s allegation that when the BNP calls a rally, the government is obstructing it in various ways, including transport strike,
the Information Minister said when BNP was in power, they attacked AL rally on August 21 with grenades.

Since the government is providing co-operation and security, so no firecrackers blasted in those BNP rallies, he said.