Home Politics BNP will no more be allowed to 'play with fire': Quader
Politics

BNP will no more be allowed to ‘play with fire’: Quader 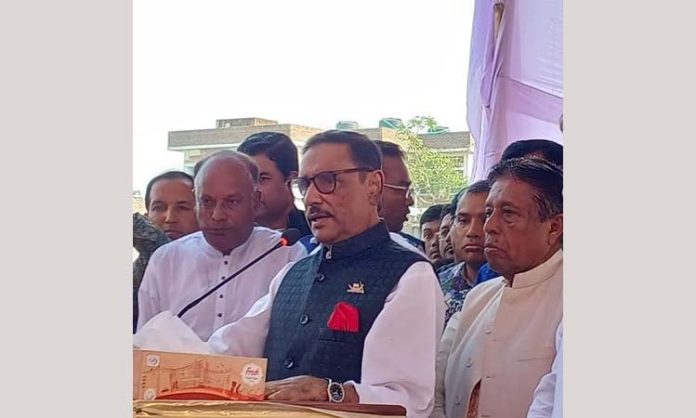 Barguna, Nov 16: Awami League (AL) General Secretary Obaidul Quader on Wednesday warned that BNP would not be allowed anymore to ‘play with fire’ as the country’s people would resist the BNP men. 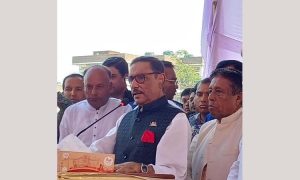 “If the BNP men want to play with fire, the people will resist them. We have to remain active in field during the next December and that’s why all the AL leaders and activists should get prepared from now on,” he told the triennial conference of Barguna District AL at local circuit house here this afternoon.

Quader, also the road transport and bridges minister, said in December, there will be a game against the patrons of vote theft, corruption and militancy, as the AL is not afraid of the BNP’s hollow words.

Terming the BNP a party of cowards, he said BNP secretary general Mirza Fakhrul Islam Alamgir had sit on sacks of money but the amount diminished and that is why his voice got softened now.

After 1975, no other leader got so popular like Prime Minister Sheikh Hasina and the reason behind it is her honesty, the AL general secretary said, adding that currently there are more leaders than workers in the party.

The road transport and bridges minister said the work of six-lane Faridpur-Kuakata road will begin soon.