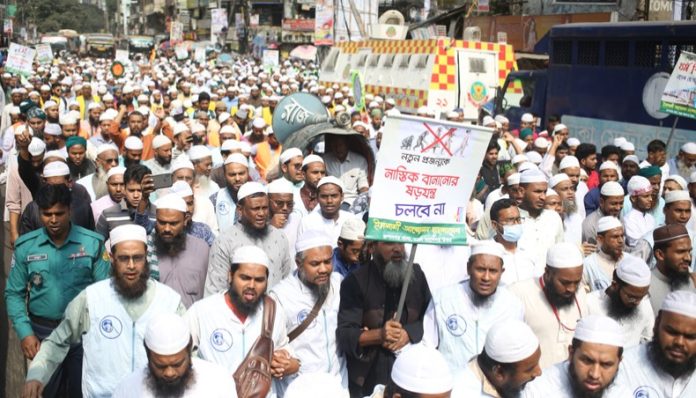 Dhaka, Nov 10: Leaders of the Islami Andolan Bangladesh on Thursday alleged that the Awami League government was dropping Islam from the educational curriculum and encouraging atheists. 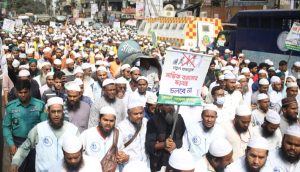 The organisation made the allegation at a rally at north gate of Baitul Mokarram national mosque in Dhaka prior to their pre-scheduled march towards the education ministry to press home their demands.

The organisation amir Syed Rezaul Karim, presiding over the rally, said that the government was building mosques in every thana of the country but dropping Islam from the educational curriculum.

He called on the government to refrain from dropping Islam from the curriculum and also from the public examinations.

After the rally, a march was moved towards the education ministry at Bangladesh secretariat and the police stopped the marchers at zero point near Gulistan.

The memorandum demanded stopping steps by the government against Islami education.

The memorandum warned that their organization would wage greater movements to stop the steps against religious education if their movement was not fulfilled.

Share
Facebook
Twitter
Pinterest
WhatsApp
Previous articleBiden urges Republicans to work with him as control of US Congress unclear
Next article10mcf of gas can be extracted daily from abandoned well in Beanibazar gas field: Bapex