BNP not to leave streets until overthrowing govt: Fakhrul 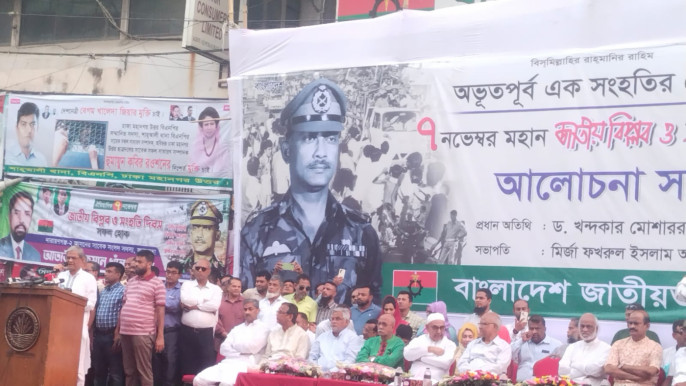 Dhaka, Nov 07: BNP Secretary General Mirza Fakhrul Islam Alamgir said that the party leaders and activists will not leave the streets until toppling the ruling government. 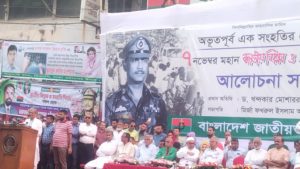 He urged the party leaders to prepare to make more sacrifices in order to reach the outcome as he was addressing a BNP gathering commemorating the day of “Revolution and Solidarity” in front of the party office in Nayapaltan on Monday (7 November).

Mirza Fakhrul said the freedom of the country was secured on 7 November 1975 when a coup launched by left-wing army personnel freed Ziaur Rahman from house arrest.

“Once again,” he continued, “democracy and freedom have been stripped away and the struggle to reinforce these values goes on.”

Referring to the government, he asserted, “Hand over power to the caretaker government and dissolve the parliament.”

He addressed BNP activists saying that this fight requires more sacrifices and “we will not rest until we achieve our goal.”

Gayeshwar Chandra Roy, another member, said, “There are various cases being filed and incidents of attacks ahead of the rally on 10 November. The government has no authority to suppress our movement this way.”

“Very soon banks will declare bankruptcy, and depositors will take to the streets,” he surmised.

Accusing the government of interfering with the judiciary, he said, “All courts abide by the order of Prime Minister Sheikh Hasina.”