Game to be played in December, Quader warns BNP 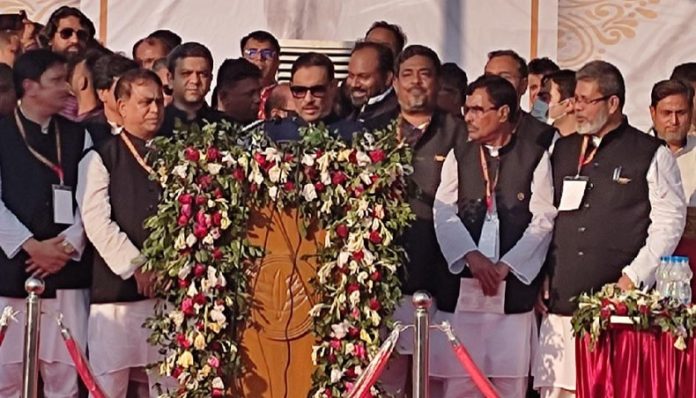 Tangail, Nov 07: Ruling Awami League general secretary Obaidul Quader on Monday, issuing a warning to the opposition Bangladesh Nationalist Party, said that a game would be played in December against the misrule of BNP, vote thieves and arsonists. 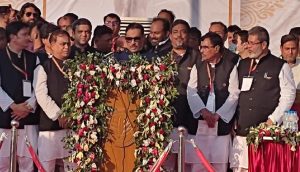 ‘BNP failed to raise 13 minutes’ movement in 13 years and the BNP leaders failed to bring out a procession for their chairperson Khaleda Zia, now they are dreaming to topple the government. They are vowing that they will hold a victory march with Khaleda Zia on December 10. If we call, BNP would not find any path to escape,’ he said.

The road transport and bridges minister said this while addressing the triennial conference of Tangail district unit of Awami League at Tangail Stadium on Monday.

Talking about the BNP’s Barishal divisional anti-government rally, the minister said ‘Dubai’s money flies in the sky and they (BNP) are involved in instigating people against the government. They have no mercy on common people, they need only peacock throne that’s why they are instigating people.’

He said that Ziaur Rahman awarded the killer of the country’s founding president Sheikh Mujibur Rahman and enacted a law to stop all ways for the trial of the killers, but now the game would be played against those involved in awarding the killers and enacting the law.

‘I have learned that the BNP is agitating to regain their power. Actually, they are doing so to bring back the “Hawa Bhaban”. The game will be played against the evil power of Tarique Rahman,’ he said.

Pointing at his BNP counterpart, Obaidul said, ‘During the tenure of BNP, we could not stay at our homes but they are sitting in air-conditioned rooms. Please wait! The people of the country will explain to you what movement is and how many types of movement there are and what they are.’

Referring to the new committee, the Awami League leader said that there would be no trade over Awami League committee and the leaders would be picked as per the wish of the activists.