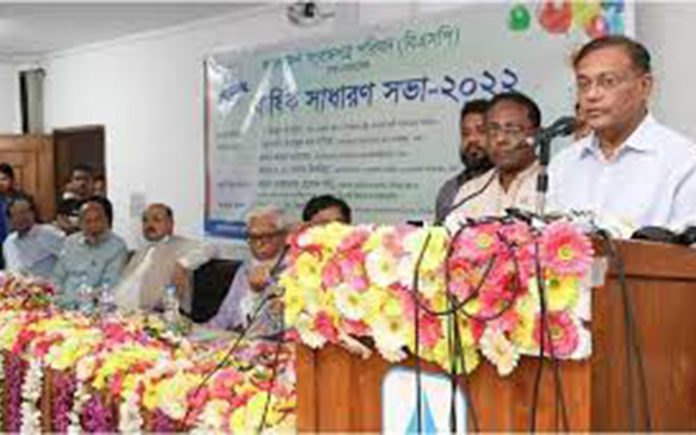 Information and Broadcasting Minister Dr Hasan Mahmud on Tuesday said BNP’s politics of saying “no” to everything needs to end.

The minister said these while addressing the annual general meeting of Bangladesh Sangbadpothro Parishad (BSP) at an auditorium of Press Institute Bangladesh (PIB) in the capital, BSS reported.

Hasan said BNP Secretary General Mirza Fakhrul Islam Alamgir has said that they would carry out movement along with like-minded parties, but previously he claimed that they are in movement. It is really difficult to understand which is right, he added.

He said the countrymen have been hearing for the last thirteen and a half years that BNP would launch movement. And their movement means hurling patrol bombs and conducting arson attacks on innocent people and attacking the police.

He said this to journalists at his Minto Road official residence when asked about why BNP didn’t join Jail Killing Day programs.

“If BNP discusses on the Jail Killing Day, it will be revealed or it should be revealed that under the provocation of BNP founder Ziaur Rahman, his loyal military personnel had assassinated the four national leaders inside the jail,” said Hasan, also Awami League joint general secretary.

He added: “Therefore, what would they say about jail killing! They can admit the liability. As their founder was involved with jail killing, they don’t take part in discussion on the Jail Killing Day”.

Condemning the attack on Justice AHM Shamsuddin Choudhury Manik on November 2, Hasan said Justice Manik is a person of liberal mentality who believes in democratic values and practices free thinking and he is a brave voice in favour of Liberation War spirit.

“The attack on Justice Manik revealed the fact we are talking about that BNP has designed a blue print to launch subversive acts across the country,” he said.

The minister said BNP is making evil attempts to create unrest in the country in guise of movement, he said.

Noting that the BNP-Jamaat alliance is also planning to launch more such attacks, he said the evil forces and terrorist groups which remain under the patronization of BNP-Jamaat clique are doing these.