Desk report, June 18: The flood situation is worsening in Sylhet and Sunamganj districts due to incessant rainfall and the flash flood in upstream India’s Meghalaya and Assam where record-breaking rainfall was recorded.

A diving team of Bangladesh Navy have also joined the rescue operations for the flood victims in Sylhet. A 35-member team of the force started their rescue work on Saturday after reaching there. 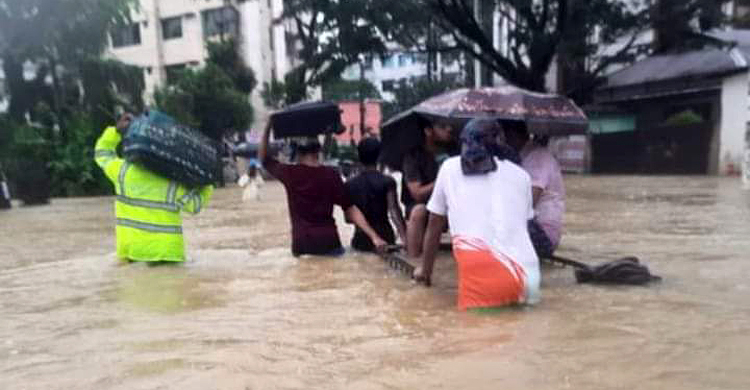 He said, a 35-member diving team of the Navy reached in Sylhet and started their operation. Another 60-member team of the force and two cruisers of Coast Guard will reach Sylhet in the afternoon.

One of the cruisers will conduct rescue operations in Sylhet and another in Sunamganj. Apart from, two helicopters of the air force will be used in rescue work.