Intl desk, June 18: At least one person has died after a fire broke out at a petrochemical complex in Shanghai on Saturday, Chinese state media reported.

The fire occurred in the ethylene glycol plant area of Sinopec’s petrochemical complex at approximately 4 a.m. in the city’s Jinshan district, the company said on its official Weibo account, CNN reported.
Rescue teams from Jinshan and Fengxian districts, and the city’s chemical industrial park, were dispatched to the scene, according to Shanghai’s fire department. Rescue operations are underway, it added.
As of approximately 9 a.m. local time, the company said the fire had been brought “under control.”
Fire engines and rescue workers at the scene of the fire in Shanghai on Saturday.
In a video posted by Shanghai residents on social media and reviewed by CNN, at least one explosion took place at the petrochemical plant as the fire billowed.
China has seen a spate of industrial accide 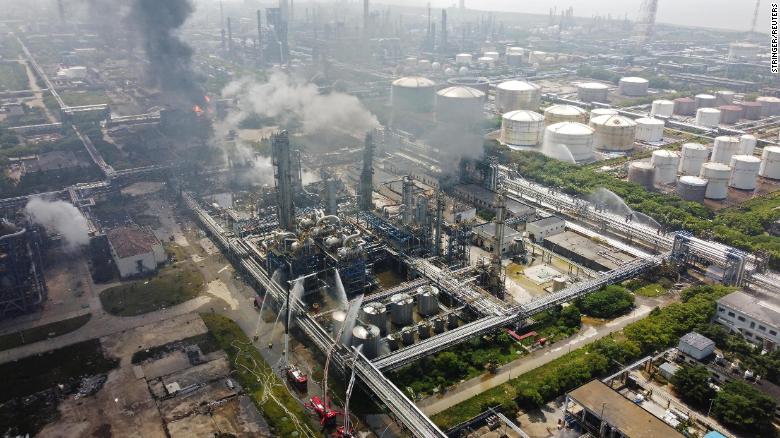 nts in recent years that have left scores dead, raising concerns about public safety.
In 2015, at least 173 people died after a series of explosions at a chemical warehouse in the northern port city of Tianjin.
Last October, at least three people were killed and more than 30 injured in a powerful explosion at a restaurant in the northeastern city of Shenyang. The gas explosion took place in a mixed-use residential and commercial building.